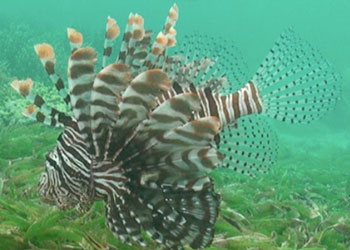 Marine invasive species are species introduced by human activities to new habitats where the species are not native. Marine invasive species are causing more and more costly economic problems, such as fouling the hulls of boats, which slows the vessels and increases the fuel costs. BML researchers continue to be among the top in the field of marine invasive species. In the past five years, they determined that ocean warming is leading to an increase in invasive species, a result that attracted the attention of naval architects who want to keep ahead of the curve in designing hulls of ships to resist fouling. In another project, BML scientists led a team of UCD students and collaborators from the Smithsonian Institution and Portland State University to conduct a study for the State of California comparing the various vectors that deliver invasive species to the State’s waters, including ballast water, ships hulls, aquaculture, the aquarium trade. The vector comparison study was the first of its kind and was published in the high impact general journal BioScience. These studies garnered much media attention. During the past five years, BML scientists were invited to speak on marine invasive species and their management before the American Association for the Advancement of Sciences and the National Council on Science and the Environment.