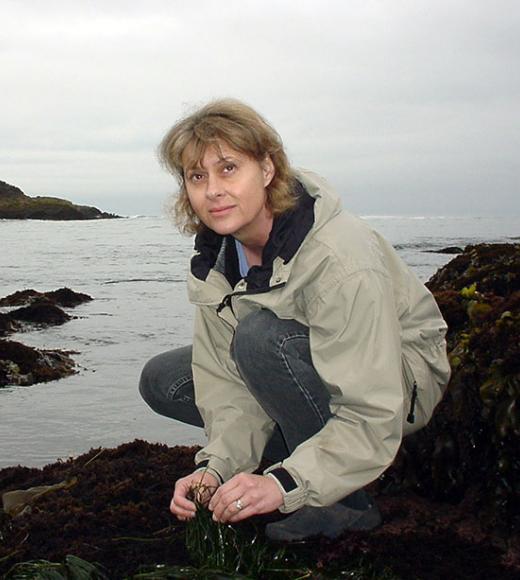 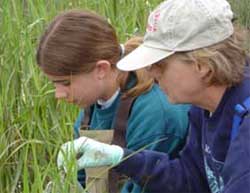 My research focuses on the ecology of nearshore marine ecosystems, particularly seagrass and seaweed beds and coral reefs. These ecosystems are highly productive and provide a number of ecosystem 'services' such as recycling of organic matter and providing habitat and food for numerous marine species including economically valuable ones. These ecosystems are found at the land-sea margin, a highly variable, stressful, and disturbed environment. Their component organisms are stressed from exposure to air and warming ocean waters and disturbed by anthropogenic activities including habitat destruction and invasions by non-native species. The ecosystems I study have protected status due to their value to humans, and I am committed to communicating research results to resource agencies and policymakers charged with their management (see Public Service, below). My focus on environmental stress and change has evolved from my career-long interest in how communities and ecosystems function, including how variation in resource availability influences resources acquisition and allocation and how species interactions (competition, herbivory) influence plant function and biogeochemical processes.

An experiment performed by UC Davis and Hasanuddin University scientists in the Indonesian Coral Triangle demonstrated one method of improving restoration outcomes. The results, published in the journal PNAS in November 2017, indicate that multiple seagrass species grown together are more successful and survive longer.

Ecology and conservation of seagrass and seaweed beds

Seagrasses are protected under the US Clean Water Act and the loss of seagrass from deliberate causes must be mitigated. I found that the transplanting eelgrass (Zostera marina) to mitigate its loss has eroded the genetic diversity so important for its long-term adaptation to the rapid changes (ocean warming, sea level rise, eutrophication) occurring in its estuarine and nearshore habitats. More importantly, transplanted eelgrass populations with low levels of genetic diversity grow slower than populations with higher genetic diversity, even over the short time period mandated for evaluation of mitigation success. These and my previous results on eelgrass genetic diversity provided the basis for the National Marine Fisheries Service to modify eelgrass mitigation policy in southern California. Currently, Jay Stachowicz, Rick Grosberg and I are funded by the National Science Foundation to study the effects of eelgrass genetic diversity on eelgrass ecosystem functions (see publications listed above). See my publications (below) for examples:

Marine invasive species are one of the top environmental concerns for the ocean. Research in my lab has focused on the ecological effects of the non-native Asian mussel (Musculista senhousia), the stinging anemone (Bunodeopsis sp.), and the 'killer' seaweed (Caulerpa taxifolia) on seagrasses in southern California and invasive sea slugs in northern California. Managing vectors that introduce non-native species is the most cost-effective way to prevent future damages. Preventing new invasions should be a consideration in making aquaculture and the aquarium trade environmentally sustainable.

Ecosystem function, or the flow of energy and mass through organisms and communities, has been a major focus of my research throughout my career. For example, photosynthesis by seagrasses and seaweeds provides food and essential elements such as nitrogen in protein to animals in the food web. In a recent project funded by the National Science Foundation, Professor Matt Bracken and I evaluated the consequences of nonrandom biodiversity changes in intertidal seaweed assemblages on primary production and nutrient acquisition. Most studies to date have addressed the influence of random changes in biodiversity on community structure and function, yet we know that diversity changes in predictable, nonrandom ways in response to eutrophication, physical stress, and herbivory. 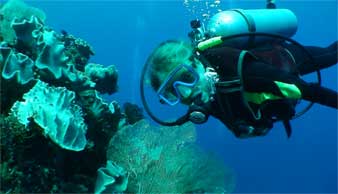 Throughout my career, I have studied tropical coral reefs and seagrass beds in the Caribbean and Pacific oceans. My newest research is based in the Spermonde Islands, Sulawesi, Indonesia, in collaboration with colleagues at Hasanuddin University and Mars Sustainable Solutions. Professor Rohani Ambo-Rappe and I have a seagrass restoration project funded by the USAID PEER program and NSF. To date 18 graduate students and five faculty and post-docs have traveled with me to collaborate in this project.

This research complements my long-standing interest in how herbivory and nutrients interact to influence the primary production and nitrogen cycling by seagrasses and seaweeds.

See my article on recent field trip: Williams, 2013. A new collaboration for Indonesia’s small islands. Frontiers in Ecology and the Environment 11:274-275.

Interactive Effects of Herbivory and Stress on Seaweed Resource Acquisition, Allocation, and Fitness

This study was a collaborative NSF-sponsored project with Dr. Megan Dethier (Friday Harbor Laboratories, U. Washington). Using the high intertidal rockweed, Fucus gardneri, as a model, we have investigated how herbivory and stress interact to influence how seaweeds gain resources (carbon) through photosynthesis, how they allocate resources to key processes of growth, reproduction, herbivore-deterrent compounds (polyphenolics), and storage. Ecological theory predicts that organisms should make trade-offs among such processes when challenged by the environment. While the effects of herbivory on seaweed metabolism and populations are well-described, and there is considerable literature on temperature and desiccation effects, the interaction between herbivory and stress has not been investigated. Fucus is stressed over a sharp gradient in physical factors across its intertidal distribution over a tidal cycle and among seasons. We have measured photosynthesis of Fucus from 14 sites on San Juan Island, Washington, in both water and air to determine its carbon balance (resource capital), accompanied by measurements of mannitol and laminaran (brown seaweed storage products analogous to starch in green plants), polyphenolics, growth, and reproduction to evaluate resource allocation patterns. We have manipulated herbivory and stress in the field and in controlled outdoor mesocosms, making similar measurements.

Our preliminary results indicate that, at our sites, stress is more important than herbivory in influencing growth, polyphenolic concentration, and perhaps reproduction. Resource acquisition through photosynthesis is limited more by the amount of time Fucus spends exposed to air than how desiccated it is at low tide, although desiccation does reduce photosynthetic rates. Fucus is remarkably tolerant to large increases in temperature. If these effects are important beyond the level of an individual, the population growth rates of Fucus living in different environments should reflect the differences. To test this, in collaboration with Dr. Jeff Wright, we are constructing a demographic model to estimate population growth rates across the intertidal distribution of the seaweed.

Students and Staff of the Williams Lab

Williams, S.L. 2013. A new collaboration for Indonesia’s small islands. Frontiers in Ecology and the Environment 11:274-275.

Williams, S.L., T.E. Ebert and B.J. Allen. 2005. Does the recruitment of a non-native mussel into native eelgrass habitat explain the disjunct adult distributions? Diversity and Distributions 11:409-416.

Wright, J.T., S.L. Williams and M.N. Dethier. 2004. No zone is always greener: variation in the performance of Fucus gardneri embryos, juveniles and adults across tidal zone and season. Marine Biology 1145:1061-1073.

Padilla, D.K. and S.L. Williams. 2004. Beyond ballast water: aquarium and ornamental trades as sources of invasive species in aquatic ecosystems. Frontiers in Ecology and the Environment 2:131-138.

What’s In a Scientific Name? A Story.

Large Stretches of Coral Reefs Can Be Rehabilitated