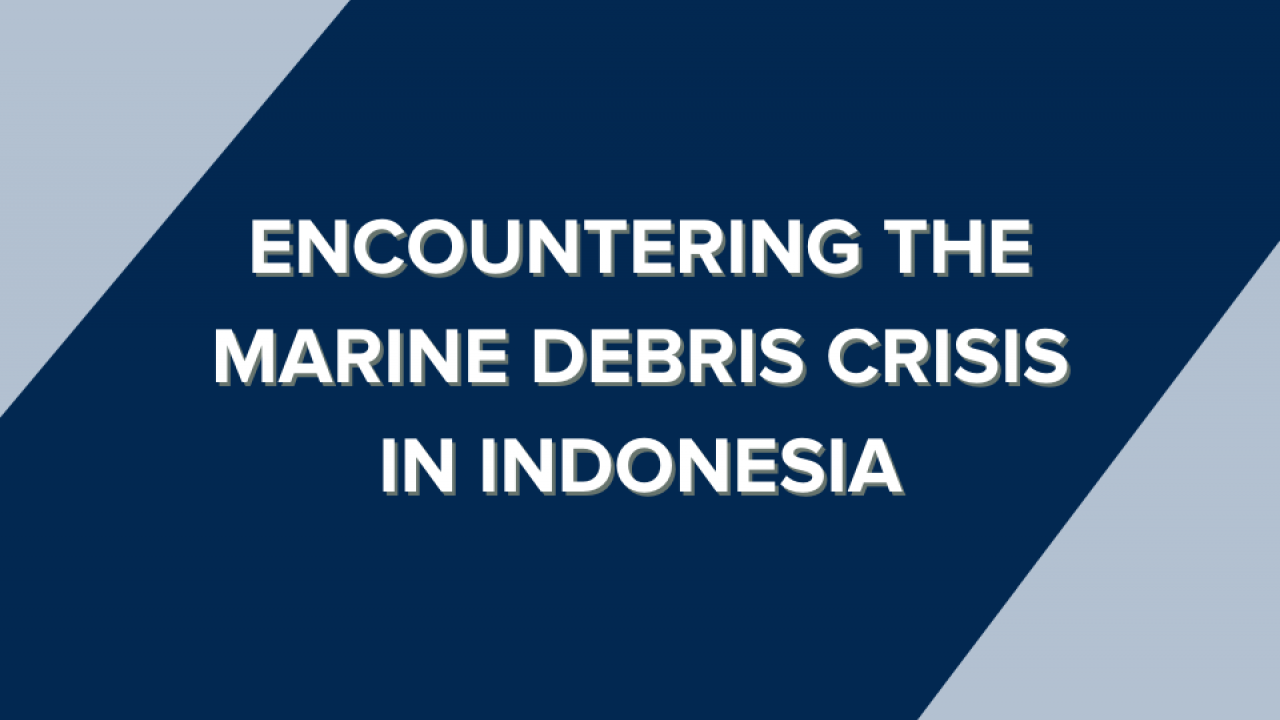 I took in a deep breath then let it out quickly as I approached the group of middle schoolers gathered around a single desk.

I blurted out, “Apa kabar?” One of my few memorized Bahasa Indonesia greetings.

Half a dozen young faces turned towards me.  There was a brief pause before they shrilly responded,

“Biiiiiaaak!!” and promptly collapsed into a pile of laughter.

I grinned and moved into the circle to check on their progress.  The students were hand drawing a bar graph depicting the different types of marine debris we had surveyed on a nearby beach.  We didn’t share a language, but we could communicate through our data.

At the time I was a graduate student research assistant working in Indonesia as part of a team of scientists led by Dr. Susan Williams. On this particular day we were on Barrang Lompo, an island off the coast of Sulawesi, teaching local students how to collect and graph data on marine debris (1).  Barrang Lompo is less than a mile across, home to about 5,000 people, and surrounded by some of the most diverse coral reefs in the world. Yet to stroll along Barrang Lompo’s beaches would entail slowly navigating through heaps of marine debris including plastic bags, plastic bottles, and other plastic bits that have rapidly accumulated on shore.

Communities on such islands are most directly impacted by marine debris, but the effects of modern societies’ reckless usage of plastics are still hidden to most of us. You probably heard in passing about the Great Pacific Garbage Patch, where ocean currents have gathered 80,000 metric tons of floating marine debris, swirling in the center of the Northern Pacific Ocean (2). You probably saw the heart wrenching photos of marine animals that have ingested, become entangled, or been smothered by marine debris (3). More recently, you likely heard that pieces of micro-debris (mostly plastic < 1 mm in size) are being eaten and incorporated into the bodies of many marine animals where the particles slowly leach toxins (4). While these impacts of marine debris are serious, they are distant and unfathomable to most of us.

For the students on Barrang Lompo, the immensity of our global marine debris crisis is tangible.  That morning I knelt on the beach with these children, scooping our marine debris samples into a bucket for sorting back at their school. As we finished our surveys, I looked over my shoulder at where we had collected our samples, perfect squares of sand among the collage of debris remaining on the beach.