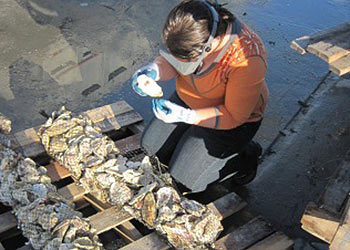 The Shellfish Health Laboratory (SHL) at BML is the State Department of Fish and Wildlife’s shellfish health facility and is also a UCD Vet Med lab through the Principal Investigator, Colleen Burge. Findings from the SHL have been critical to the State of California and these include: