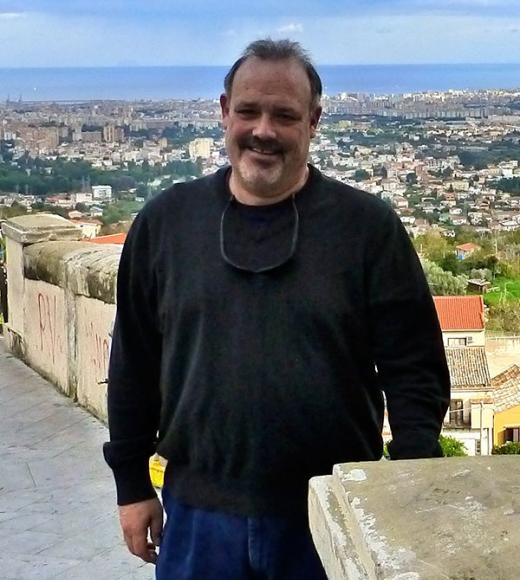 I offer a 10 unit undergraduate research course entitled "Environmental Stress and Development in Marine Organisms" (ETX/NUT 127), with a focus on pollutants in the marine environment.  This ecotoxicology course is taught in Summer Session I. This is a lecture/laboratory (first 2 weeks of course) course that includes independent student research projects (4 weeks) as a major component.  Students experience the scanning laser confocal microscope and other imaging systems, as well as a number of physiological and biochemical approaches to assessing effects of contaminants on developing organisms.

Our laboratory focuses on the effects of natural and human-derived stressors on reproduction and development of marine organisms. We utilize developing systems as sensitive yet simple models for understanding mechanisms of toxicity and environmental stress. In addition, we investigate the physiological mechanisms by which these systems tolerate environmental stress.

The first is more basic in nature and deals with molecules and physiological mechanisms involved in fertilization and early development.

The second is focused on the impacts of pollutants and altered habitats on early life stages that may ultimately lead to changes in populations.

The first focus of our laboratory addresses molecules and physiological mechanisms involved in fertilization and early development.

An example of this first focus is our study of the mechanisms of sperm motility initiation in Pacific herring from the San Francisco Bay estuary and the egg-derived ligand that signals the intracellular ionic changes and subsequent motility initiation (Drs. Carol Vines, Fred Griffin, and Ed Smith). These sperm have evolved a unique mode of motility initiation in that they surprisingly remain immotile in the environment for hours until they contact an egg, at which time an extracellular glycoprotein stimulates an ionic cascade resulting in flagellar motion. These ionic events are dependent on lowered salinity (in particular Na+) that is typical in the winter months in the estuary.

In collaboration with colleagues in Japan and University of Hawaii we have found that sperm motility initiation, successful fertilization, embryo development, and even larval survival and growth are dependent on the lowered salinities that occur in normal years in the estuary (Griffin et al., 1998; Vines et al., 2002; Cherr et al., 2008). We have collaborated with colleagues in Japan to investigate both the basic ionic signaling events in sperm motility initiation as well as differences in salinity tolerance of herring populations along the Pacific Rim. This research includes comparative studies of fish species as well as insects (Yanagimachi et al., 2013). We have also studied the impacts of suspended SF Bay sediments on development of herring (Griffin et al., 2009, 2012). Even low concentrations of clean sediments can impact normal larvae if eggs are exposed within 2 hrs of spawning; exposure at later time of development does not impact larval morphology. 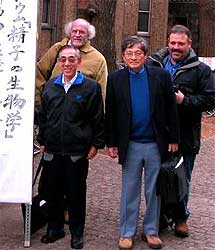 Our laboratory, collaborating with the NOAA Northwest Fisheries Science Center, was involved in the assessment of the damage to herring embryos from the 2007 Cosco Busan bunker fuel spill in San Francisco Bay. It was found that the low levels of bunker fuel were extremely lethal to herring embryos deposited in the intertidal region.  At depth where sunlight did not penetrate, typical cardiac abnormalities induced by hydrocarbon exposure were observed. This is the first demonstration in the environment of the phenomenon of phototoxicity, where ultraviolet light from the sun makes chemicals from oil extremely lethal at concentrations that are not lethal in the absent of sunlight. (Incardona et al., 2012a, 2012b).

In addition to research on non-mammalian systems, we have been investigating the role of DEFB126, a beta-defensin that coats the mammalian sperm surface and "cloaks" sperm from being attacked by the female reproductive tract immune system (with Ted Tollner, Asst. Adjunct Professor, School of Medicine, UCD and Chuck Bevins, School of Medicine, UCD). This glycoprotein is part of the innate immune system and is related to immuno-protective peptides used by invertebrates (Tollner et al., 2012). In humans, we have discovered a mutation in the DEFB126 gene that directly relates to infertility in men (~25%) carrying the homozygous mutation (Science Translational Medicine, 2011).

Above, Movie of sperm loaded with the calcium probe Fluo-4 show cytoplasmic fluorescence as they swim. Imaging accomplished with the laboratory's scanning laser confocal microscope. The left side is fluorescence and the right is the overlay of fluorescence over interference contrast.

Above, Movie of Fluo-4 loaded sperm traversing the egg's micropylar canal. Sperm in the canal are brighter indicating an increase in calcium. The bottom is only Fluo-4 fluorescence and the top is the overlay of fluorescence over interference contrast. Sperm that have completed passage through the micropyle appear brighter (more intracellular calcium).

The second focus of our lab deals with both natural and anthropogenic stressors.

We have been investigating the mechanisms by which phylogenetic differences in contaminant tolerance occur in embryos exposed to hydrophobic chemicals; these include polycyclic aromatic hydrocarbons, pharmaceuticals, and agrochemicals. This research includes the study of the multi-drug resistance transporter family (ABC transporters) of proteins and their expression in embryos/larvae as well as adult tissues.

Cherr, G.N. 2013. Survival of drowning sperm: Do spermatozoa from external fertilizers adapt to differing osmotic environments through the use of aquaporins?  Biol. Reprod., 89(2):36, 1-2

Roepke, T.A., E.S. Chang, and G.N. Cherr. Maternal exposure to estradiol and endocrine disrupting compounds alters the sensitivity of sea urchin embryos and the expression of an orphan steroid receptor, Journal of Experimental Zoology, 305A:831-840. 2006

Cherr, G.N., E.Z. Drobnis, D.F. Katz, Localization of cortical granule constituents before and after exocytosis in the hamster egg, Journal of Experimental Zoology, 246(1):81-93, 1988

Discovering Curiosity: Protecting Our Oceans from the Tiniest Toxins

Bringing White Abalone Back From The Brink