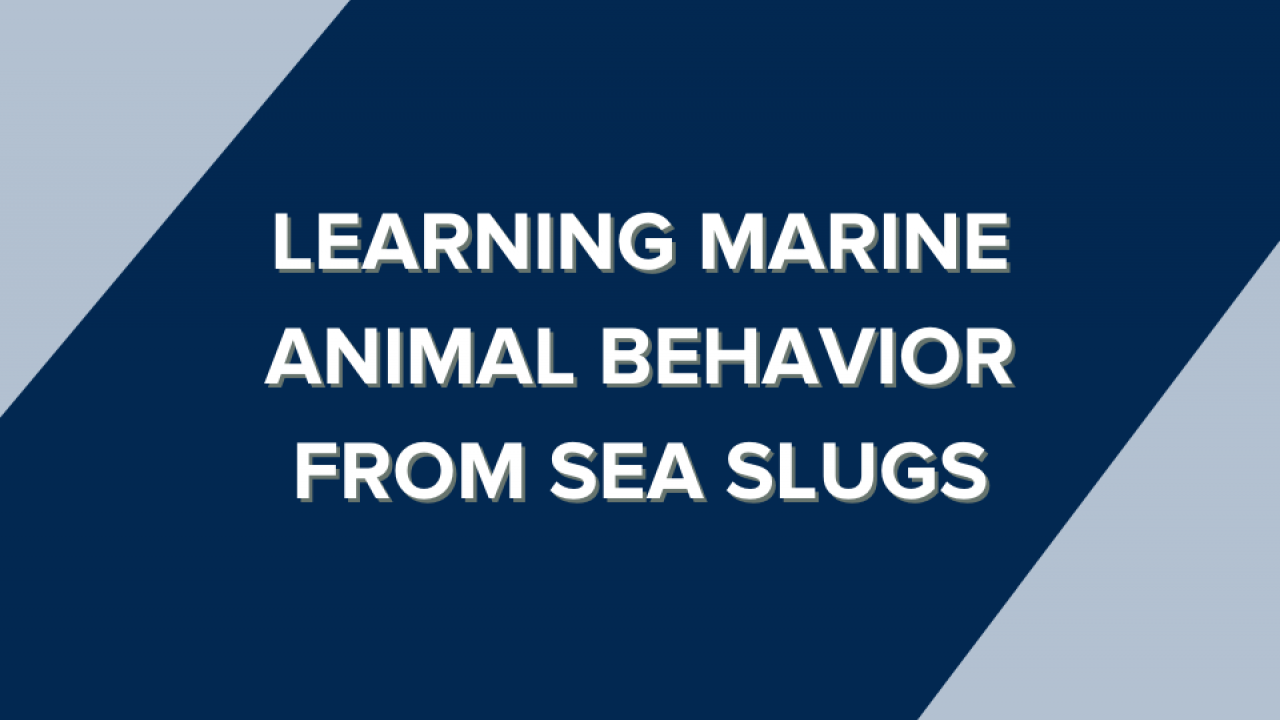 My name is Hannah Sullivan and I am going into my third year of studying Biology at Santa Rosa Junior College. The opportunity to learn more about marine biology through the SRJC-BML Internship Program was a great experience that solidified my decision to pursue a career as an aquatic veterinarian. My mentor, Ashley Smart, a marine ecologist and PhD student at UC Davis inspired me through her research to gain a deeper understanding of marine animals and their behavior.

Over the course of the summer, I learned how animals have a tendency to change their behavior when their environment changes. Specifically how a species of sea slug known as Aplysia californica changes its behavior when in the presence of anemone, a predator of Aplysia. We then compared these reactions in both current ocean environments and acidic ocean environments to gain an understanding of how ocean acidification can affect animal behavior.

Before diving deeper into the predator experiment, I had a chance to conduct a literature review and then have a discussion with Ashley. Through this, I was able to solidify an understanding of what ocean acidification really is, as well as its effect on marine animals. During our discussion, I learned that oftentimes in science the answer is, “it depends”. I struggled with this at first because while I was reading articles I learned that even among closely related sea slug species, their behavior and anti-predator responses are very different, with no concrete explanation as to why such similar animals could behave in such different ways. I felt frustrated with this until I talked with Ashley and learned that sometimes there may not be a “one size fits all” explanation, and that that is okay!

Next, I got a chance to learn both image analysis and data analysis skills. My first project was to use the software ImageJ to measure the distances of the various body parts of Aplysia to see how far they moved during the experiment. I found it useful to learn the different measuring and analysis tools that are a part of ImageJ. I also really enjoyed getting to visualize the data and discover how some of the stimuli and conditions affected the movements of the slugs. When looking at the our resulting graphs, we were surprised to see that when the sea slugs were placed in the ambient anemone extract environment did not show a fleeing response from the predator scent. Since anemones are a known predator I thought that they might have felt a greater instinct to get away. We also noticed that they moved the greatest distance when under the acidic anemone extract conditions, suggesting that this environment may have made them feel threatened. In conclusion, we determined that more work would need to be done to determine what these results really mean.

Overall, I value the experiences the SRJC-BML Internship Program and Ashley have given me. I am thankful for the encouragement, inspiration, and opportunities I was privileged with this summer. Although COVID-19 prevented us from going to the lab in person, I was still able to gain both professional development skills as well and scientific research skills that I know will benefit me as I continue on in my education!=

Biography: Hannah Sullivan is a 2020 intern for the SRJC-BML Internship Program and going into her third year of studying Biology at Santa Rosa Junior College. She spent the summer researching how stressors like ocean acidification affect marine animal behaviors with her mentor Ashley Smart.